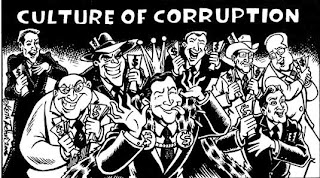 UKIP are making a big deal about their chances of 'winning' the European elections next year. What they mean by 'winning' is unclear as even if every MEP elected in the UK next year is UKIP it would make not one jot of difference to our membership of the EU.

As UKIP rightly point out MEPs have no power and little influence, here or in Europe. As UKIP rightly point out MEPs are costly, overpaid, given far too much in allowances and expenses and have virtually no value. Why then, is a party dedicated to leaving the whole corrupt sham, so desperate to get more of its candidates elected to the corrupt sham than any other party? It makes no sense.

UKIP's track record doesn't stand any kind of scrutiny. They have some of the worst attendance records in the EuroParl but still get paid a huge salary, expenses and allowances. Enjoying the gravy train? Surely not!

On matters of policy, other than the EU, they fight like ferrets in a sack. Since the last elections in 2009 they have lost 4 MEPs, David Campbell Bannerman, Marta Andreason, Mike Nattrass and Nikki Sinclaire. Bizarrely loose cannon (political euphemism for nutjob) Godfrey Bloom MEP lost the whip, remains a UKIP member but sits as an independent MEP. Previously two former UKIP MEPs went to clink for fraud.

In May they trumpeted about their best local election results ever. Since then numerous councillors have defected to other parties and others have been disciplined for dodgy comments on social media sites. In one authority a group of UKIP councillors have broken away to form a separate group to the official UKIP group. They can't get on with each other so the rest of us have no chance.

Today I have been on my old friend Nikki Sinclaire's blog. Nikki was treated shabbily by UKIP and is now an independent MEP in the West Midlands and has launched her We Demand A Referendum Party . But yet again the party intends to fight next year's Euro elections and, if they win any, will take up their seats. Why?

Nikki is currently banging on in her blog about councillors getting free meals before council meetings, not a common practice in my experience but is that really what costly MEPs should be spending their time campaigning about? What about the hugely generous expenses and allowances that MEPs receive, far more generous than rubber chicken and chips before the odd meeting? And is an MEP really paid all that cash to arrange collections outside supermarkets for foodbanks? I don't think so.

The problem is that Eurosceptics have been suckered into the very corrupt organisation that they claim to loathe. Getting elected to the EuroParl, with its dodgy PR system, is far easier than winning First Past the Post elections. Hence UKIP have MEPs but no MPs. Once suckered in they are seduced by their new found status and all the baubles that go with it. Once an MEP gets used to that thumping salary, generously supplemented by a huge array of expenses and allowances, they look at the real world and fear what a drop in cash and status they would face if they lost their seats. They go native.

It is my intention to abstain/spoil my ballot paper in the European elections next year. I have yet to hear a Eurosceptic MEP expose anything in the EU that hadn't or wouldn't have been exposed in the media anyway and, as much as anything, even having worked for an MEP, I just cannot see the point of Eurosceptic MEPs other than to make a few people quite wealthy.

I'll be perfectly honest and admit straightaway that I find the constant whining from footballers and others about racism highly tedious and counter-productive. Of course that depends on what you regard as racism. Apartheid was quite obviously racism, as was the Nazis slaughtering of Jews, Slavs and others. The Ku Klux Klan are quite clearly racist as are groups such as the Black Panthers.

So why is a Manchester City player talking about a boycott of the World Cup in Russia by black players? Is it because of Russia's pretty dodgy human rights record? Is it in protest at what the Russians did in Chechnya? Maybe they're all Pussycat Dolls fans who object to their imprisonment? No, none of them. It seems that when Toure and City played in Moscow last night he heard something racist coming from the crowd. Bloody hell, get a grip! So you boycott the World Cup because of some imbecile making a monkey noise, which I assume it was unless Russian football fans speak extremely good English or Toure speaks fluent Russian.

I grew up in what I am fast coming to regard as 'the old days' when one of the phrases often heard was 'sticks and stones may break my bones but names will never hurt me'. It seems that even referring to somebody's skin colour or ethnicity these days is a greater crime than false imprisonment. Let's face it, when the manger of the England football team has to apologise for using the word monkey in front of black players something is seriously amiss.

I wonder if Toure and others will be as highly principled and boycott their clubs money spinning trips to China next summer in protest at the huge numbers of executions and the imprisonment of pro-democracy activists by the Chinese government? Don't hold your breath. But maybe if a pro-democracy activist made a monkey chant, precipitating a boycott, they could spin it in their favour.

It seems, in these politically correct times, that you can carry out mass murder and curtail the freedoms of millions as long as they are the same race as you. But dare make a joke about Polish builders and you're in deep shit.
Posted by Gregg at 11:04 am No comments: 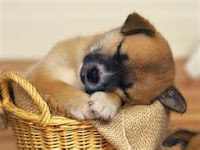 Political correctness just seems to rumble on and on, and every time it tightens its grip we lose a little more of our freedom.

This morning we had breakfast and watched a news channel on the goggle box. I nearly choked on my Weetabix when a child psychologist popped up singing the praises of some lunatic teacher who insists that all children in a class must be invited to a child's party or none. She (the psychologist) was banging on about 'social inclusion'. So the hated little shit nobody likes must be invited? I don't think so. What next, if we have a party we can no longer invite only neighbours we know and like but must invite the whole street? Absolute madness.

Then Adrian Chiles was forced to apologise on Twitter because some pillock was offended when he made a remark about not getting building work done on his house because of the number of Poles attending the game tomorrow night at Wembley. Are we such a nation of wet farts these days that a joke like that can cause offence? What about the old one about the Korean car sticker: A dog isn't just for Christmas, there should be enough for butties on Boxing Day too?
Posted by Gregg at 2:30 pm 3 comments:

Oh what fun! Any sympathy for Miliband? None whatsoever. Get over it. Yes, the Mail on Sunday journalist who gatecrashed Miliband's uncle's memorial service was wrong and has rightly been disciplined. But why the furore over the Daily Mail claiming that Ralph Miliband hated Britain? Why should the Mail kow-tow to Miliband and change its culture? Freedom of the press means the press can say things we disagree with, things we loathe, things that offend us as long as they are legal, that is freedom of the press, freedom of speech.

Of course the lefties who are currently squealing like indignant piggies quite happily talk about Margaret Thatcher in the most vile terms, way beyond what is regarded as polite or civilised regardless of how much they offend her family. Indeed over the years many of us involved in politics, especially in the days of the militants in the early 80s, received vile treatment at the hands of lefties, including intimidation of family and friends when they couldn't intimidate us. So let's cut the crocodile tears.

Miliband whining on about how disgraceful it was to attack his father in such a way should maybe stop publicly citing his father as a great political influence on him when it suits. If you cite your father repeatedly to justify your views, then expect the microscope of the media to focus on your political influence (dad) eventually. When that influence turns out to be a Marxist, a philosophy that in practice slaughtered many millions more than fascism ever did, then I think we have a right to know.  Furthermore the very nature of Marxism is to destroy the liberal democratic system of government that we have in this country so I think criticism of Marxists is not only valid but a duty of those who value freedom.

Miliband denies that his father hated this country by citing his service in the Royal Navy during the war. I admire anybody who has served or is serving in the armed forces, but not all serve out of love for their country any more than those who fought in the International Brigades did so out of a love for Spain. I would suggest that Ralph Miliband, who came here as a refugee in 1940 fleeing the Nazis, was much more likely to have joined the forces to fight the Nazis than for love of a country he barely knew, and I do not criticise him for that, I am sure many men fought in the last war for the same reason rather than a sense of patriotic duty.

What is very telling in this episode is Miliband's cries for the Mail to change its culture, and his supporters  calling for action against the Daily Mail even resorting to vile accusations of anti-Semitism. The message being that press freedom is fine, as long as you are kind to Miliband and co and say nice things about them. Maybe they'll remember that next time they want to be crude and nasty about Cameron's wealthy family members or Osborne's in a much more personal and nasty manner.

I'm not a Mail reader but get tired of those who blindly follow the trend of slagging off the Mail and its readers. I can only think that as they seem to loathe the paper so violently that they must read it on a pretty regular basis. Or are they just being prejudiced and bigoted? I don't know. But those who think The Grauniad is some bastion of virtue and morality maybe you should read this interesting article.
Posted by Gregg at 9:08 am No comments: 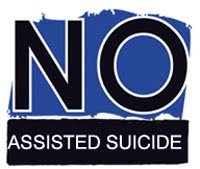